Picture-in-picture (PiP) mode enables you to watch a video in a mini floating player outside the app so you can multitask. PiP is nothing new and it was first introduced in Televisions. However, TV’s are seldom watched while people spend more time in front of computers /smartphones and YouTube has replaced majority of television time.

YouTube videos can be watched in picture-in-picture mode in desktop Chrome and mobile phones if you follow the guide given in this article. This means that now anyone who watches YouTube videos can also surf the internet on their desktop or mobile. You don’t have to close other apps to play a video on YouTube, because with PiP you can watch the video in a small window without leaving your current focused window.

Instead of just listening to audio when you switch your tab. You can also watch the video but in a smaller version. Here, we are going to tell you how you can watch YouTube in PiP mode on a desktop or phone.

There are many ways by which you can use amazing PiP mode in YouTube. Here are a few of them.

This will make the video drive to a small window on the far right side of your display. You can play, pause, close and return to the primary player via the small window.

Another amazing thing about this mode is that it is floatable, resizable, and can be moved around the screen easily. On chrome, you can see an icon of PiP on YouTube tab that is similar to YouTube mini player icon.

Picture-in-Picture Extension (by Google) for Chrome

An alternative to the first way, you can install the official PiP extension for Chrome by Google. It is an extension of PiP for the Chrome browser which means that once the extension is installed you can simply click on it and start watching a smaller version of YouTube. Follow the steps below to install and use Picture-in-Picture Extension (by Google).

This way, you not only can browse the internet but can also work without having to close anything.

This feature came out in 2018, where you can minimize the video you are playing on YouTube to scroll for other videos. However, this only works for the tab which is playing YouTube and not for any other tabs. Follow the steps below to use YouTube Mini Player

This feature also allows you to pause, play, seek, and view next or previous videos. But, unlike the PiP, this small window can’t be moved around or resized.

These were the three ways with which you can use PiP on a desktop. Now, it is time to discuss how you can use it on android and iOS.

How to Watch YouTube in PiP mode on Mobile

When we switch apps on our phones, YouTube stops playing. But there are a few ways to bypass this restriction which can solve the issue. These hacks will not only help you in listening to the audio of YouTube but also watch videos.

Must Read:  Not all is Bad for Huawei Users

It lets the users listening to the videos in PiP mode, accessing exclusive videos, downloading videos on their phone, removing ads, and much more. It also has an additional service of YouTube Music which is a replacement for Google Play Music.

We all know that locking your phone or switching from YouTube app to another app while YouTube is playing would result in the video being paused. Well, there are still a few people who play YouTube on browsers on their phones which can help in playing YouTube in the background (Audio only).

If you are on iOS then Apple’s Control Center might be able to bypass the restrictions of YouTube and allow you to keep playing it even after closing browser. Follow the steps below to play YouTube in the background on iOS.

But, if you are an android user, you need Chrome version 54 or higher if you want to enable YouTube playing in background. After downloading chrome version as mentioned above, follow the steps mentioned below to play YouTube in the background on android.

But if it is stopped, swipe down to open the notification bar and tap the play button to play the YouTube video in the background.

If your phone has Android 8.0 Oreo or newer then it will already be PiP enabled. Every time you play YouTube video on YouTube app and switch to another app, it will automatically open a miniature window. You can drag this window anywhere you want and close it whenever you want.

However, this option is only available for android users located in the United States. Don’t worry if you are not in the states, we got your covered, you can download the Vanced app on android to watch YouTube videos in PiP mode.

Vanced app is a convenient way to watch YouTube videos in a popup on mobile phones and to get rid of advertisements on YouTube.

Some of its more extensive features include

These were a few ways to keep watching and listening YouTube even after you close or switch the apps. On chrome for desktop, you can easily watch YouTube in PiP mode by following steps shared above. On mobile phone, you can play YouTube in background (Audio only) on iOS and Android.

Although, there is still no option to play two YouTube videos in PiP mode on desktop or mobile and we hope that future will bring this option too. We hope this will help you in watching YouTube with more productivity. You can also have some fun with our YouTube Blank Comment which will make everyone question if something is wrong with their connection while looking at your blank comment. November 29, 2022
How to Keep Your Computer Secure When Playing Online Casino Games 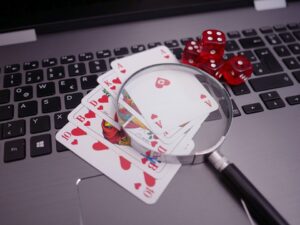 How to Keep Your Computer Secure When Playing Online Casino Games